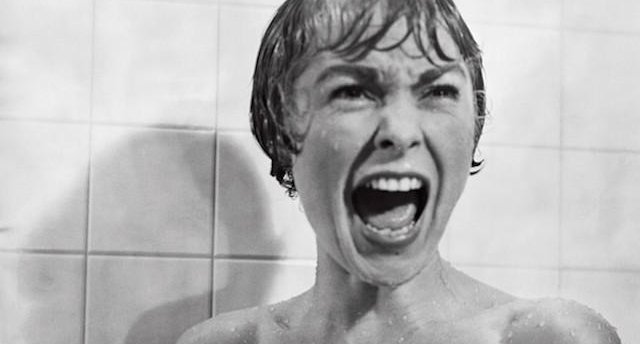 How to Avoid the Boss From Hell

“People ask the difference between a leader and a boss. The leader leads, and the boss drives.”

The single most important piece of information you need to know before accepting a job is, “Who’s the boss?”

Many people don’t give it much thought because they are so eager to take the job. If that is the case, the real problem is they do not have enough leads and consequently are also not being selective. For example, if someone had the opportunity to choose between Oprah and Harvey Weinstein, which one would be a better choice? In an ideal world, a boss from hell can become a wake-up call to build and expand our support network. Those who build a strong community around their mission, vision, and purpose, don’t have to live with a boss from hell. In fact, if someone is putting up with such a boss for more than five minutes, serious personal growth may be in order.

How can we identify them before we take the job?

The information is available! Look them up on LinkedIn, Facebook, and Google. Research the company on Indeed and Glassdoor. Research the people who worked there. Note if they have great turnover, especially in the area you might work. This is critically important.

A great boss can take what on paper looks like a mediocre opportunity and spin that into gold. And, the best job in the world can become a set-back with a horrible boss. During the interview, ask the kind of questions that encourage them to describe how they manage and lead people.

Some of my readers might already be suggesting that asking such bold questions could be a turnoff. Consider this, would such questions be a turnoff from a leader who takes pride in her or his management style?

What can we do if we take a job and the boss turns out to be awful?

Before launching Inspired Work, I had one boss from hell and another boss that changed my life for the better.

When I was a junior exec in the staffing industry, I took a job that reported directly to the President. He valued my contributions and was a straightshooter. He was transparent and upfront in how I could grow my income and career. He rewarded those of us who demonstrated initiative and quietly showed the door to those who didn’t. One day, he sold the company to an international conglomerate. In short order, I was no longer reporting to him. They brought in a political, incompetent middle manager who ruled through fear, intimidation, and negative drama. He tried to pit general managers against each other. I ran the largest profit center in the company and he needed that to justify his presence. So, he made my life miserable. One day, I got a call from a search firm. I had come to their attention and they were looking for a senior executive on the east coast. I responded, “Well, I’m not looking for a change. But, I know someone who would be perfect for the job.” I gave them the name of my boss and told them he was over the largest profit center in the company (mine) and that I didn’t know what we would do without them (well, there were indicators).

A month later, an emergency meeting was called. The boss from hell had just left town for the east coast.

My next boss was a very well known woman entrepreneur who had managed to build a legendary company without adopting the worst behaviors of men. Anyone who worked in the 80s or 90s knows what I am talking about. She was fearless and kind and fair. She was the last and the best boss I ever had. We met for lunch recently and the first words out of her mouth were, “What is it like to touch so many lives?” In the years that we were apart, she had gone on to become a rather famous artist. But, she always had this curiosity and love for others. She role modeled that behavior onto me. Later, I asked about someone she had partnered with for many years and I asked why they had lost touch. She responded with, “I don’t take anything personally and that outlook has led to a lifetime of happiness. She takes everything personally.” Consider the tact, outlook and positive example contained in two sentences.

In a Saturday Night Live skit, someone playing Kim Kardashian was asked by a reporter what the Parisians said upon her arrival. She smiled innocently and yelled, “Leave!” That is my first suggestion towards anyone working for a horrible boss. Because, every single day will take a little more out of your self-worth and your future. I periodically run into someone who practices that awful energy called righteousness and they believe it is better to stay and duke it out. But, it rarely works out.

It is always a good idea to seek professional help. I spend a lot of time working with individual clients who want to improve their happiness and success. Many of come to me with the name of an employer that on paper, looks really good. And yet, I tell them the only reason to work there, would be to “shorten your life.” Work is the biggest relationship any worker has. To treat it as anything less than that is a grave mistake in leading a happy and fulfilling life. Beyond the boss, culture is the second most important indicator of whether you are going to be happy or not.

Today’s great leaders collaborate with their stakeholders. They practice the kind of humility that allows continuous learning and improvement. They ask open-ended questions of their direct reports and listen to their answers respectfully. They are willing to be wrong. They never blame others for their problems. They know and understand the needs and expectations of the people who work for them. They are focused on mission, vision, and purpose over their own ego. They give others credit rather than take credit in their behalf.

In summary, I suggest becoming certain who the boss is that you will be working for. If you can’t develop that certainty, find someone to help you get the answer. And, if you need that job no matter the cost, find a career professional to help you avoid that state for the rest of your life. Every other relationship in that life will be impacted by your relationship towards work.

Because work is the biggest part of our lives. As per my background, one boss can take up all of our energy and time just in dealing with his or her awfulness. The other can set us on the road to the lives we are meant to have.