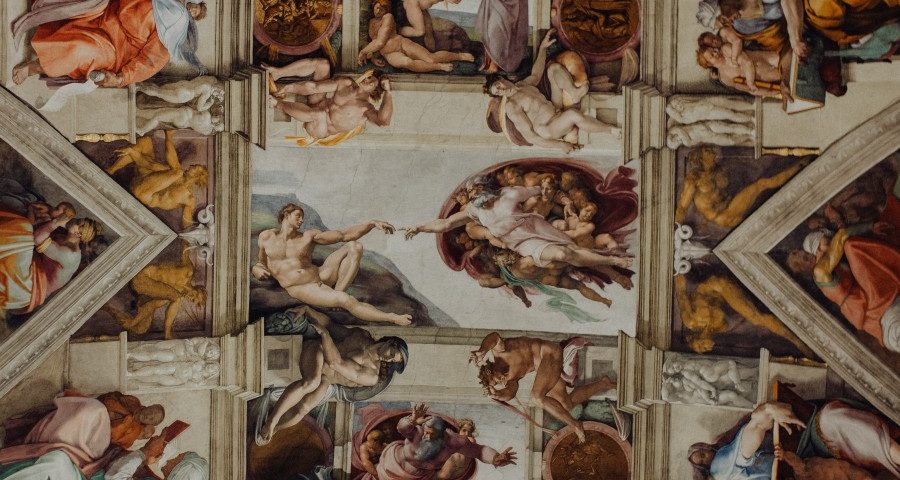 How Beauty Could Save the World

I am not a religious man. But, much of my life has been occupied in finding and connecting with spirit. There was a time when I had a deep bias about many people different from myself. But, when we delivered the first Inspired Work Program, that bias became exquisitely painful to me. To do this work, I had to continually block any bias from corrupting my role in helping people find the best and most ideal work.

Over time, the very individuals who brought up limited thinking were also usually the first to have breakthroughs. Time and time again, I was floored. As the work continued, it became clear that our political and religious beliefs are quite superficial when compared to the power of the human spirit. I have watched that spirit take the high road and orchestrate new lives. In fact, the participant might put up a great fight until they recognize it is their truth, not mine, driving them forward.

Today, I believe that all of us must find ways to connect or reaffirm our relationship with beauty.

On a professional level, finding work that brings beauty into the world is one of the single most effective ways to lead meaningful and even profound lives. The good news is that rapidly advancing technology is giving all of us the opportunity to make good livings while engaging in work that is meaningful and that matters.

Not long ago, I had lunch with my last boss. We hadn’t seen each other in decades. After selling her company, this fearless woman expanded her career as an artist. Today, you can find her sculptures and paintings in some of the world’s most respected museums.

As we sat down, she asked, “David, what is it like for you to wake up in the morning?”

I laughed, “You don’t beat around the bush. What are your referring to?”

Then she added, “You have helped thousands of people find their ideal profession and purpose. What is it like to wake up to a beautiful awareness like that?”

Suddenly, any thoughts of withholding vulnerability vanished. I responded,

She was aware that I grew up in a deeply troubled adoptive home. She also knew that I had received and then lost a significant recording contract. I did not have to explain why this work has given me a deep sense of redemption. This work brought beauty into my life that only grows with time.

I believe that when we lose touch with beauty in our lives, work, and relationships, this is when we step into darkness. When that happens, the world loses the best from us.

Beauty has the power to bring humility to all of us. I’m not referring to the brand of humility that requires we prostrate ourselves but the humility that makes us open to change and learning. This is where beauty often breaks through the cynicism and contempt we use to protect ourselves from meaningful change and growth.

In 1989, I was reeling from losing a long relationship and then having my record producer drop dead of a heart attack. My favorite spot on earth was at the piano with the lid wide open. My home had an airliner view of the Pacific Ocean. That afternoon, a colossal storm had just swept through Los Angeles. There were times when I would close my eyes and meditate using the music to eventually inform where and how to move forward.

When I opened my eyes, the entire Santa Monica Bay had become filled with huge waves with wind blowing spray off of the peaks. In the midst of it were hundreds of dolphins flying through the air, hitting and skipping over the waves, as they traveled south. Most every human had left the beach and only one boat remained in the brutal sea. And yet, these sublime animals appeared to be having the time of their lives.

It was the moment where I re-dedicated myself to beauty. Little did I know that within a year, my profession would center on helping people define beauty and vision within their professional lives.

To the day, two years later, I was standing in front of an Inspired Work Program. First Interstate Bank had become our first big organizational client. The bank was falling apart. One of their executives had come to a program and quickly started sending employees who were getting laid off. In one of those programs, a gentleman named John Morgan participated. He brought his beautiful wife with him. John was a marketing executive with the organization he called home for over 20 years. He was angry and distraught on that first day. When we began the next morning, John raised his hand, stood up, and apologized to everyone for being so negative.

He had an announcement to make.

“After working on the questions I brought home last night, I woke up with a crystal clear direction for my life. I have been in love with the art world since I was a little boy. I have terrific business skills. Last night, I decided that I will devote the rest of my life to the art community.”

At that moment, I was looking for other participants who might be displaying cynicism about John’s announcement. Instead, they rose up together and gave him a standing ovation.

About twenty years later, I was on the bike at the gym, reading the Sunday Times. I turned the page, and time froze. There was an obituary.

John Morgan, Leader in the Los Angeles Art Community.” The man raised millions for our museums, and he developed an art education program for inner-city schools. There was a quote from him, “Art changes people’s lives because they connect with beauty.” The next sentence read, “Mr. Morgan was previously in the banking industry.”

A couple of years ago, my partner and I were returning from two weeks in Italy. We met with friends, and everywhere that we went, we encountered people who were consistently respectful and kind. Italian culture always reminds me of placing beauty, conviviality, appreciation, food, family, and happiness above productivity and money. If that seems impractical, remember that Italy produces more luxury products than any other country in the world.

There was a moment in that trip that, once again, that changed my life. We were in the Sistene Chapel and as we walked into the vast hall with Michelangelo’s famous ceiling. I was so stunned that we pulled to the side and time stood still. We moved forward a foot-at-a time and I realized that the most brilliant artist of that time spent four years on his back demonstrating his love and devotion to his God.

As we headed back to Los Angeles, we had to make a connecting flight in Chicago. We had dinner until we looked up and saw lightning in the distance. Not long after that, they canceled all flights.

What happened after that was heartbreaking. In one moment, the crowd became enraged. Many were cursing at the airline workers. As we got on a bus to the hotel, people shoved us from behind. One man threatened a bus driver’s life when he stopped taking passengers.

If ever there was a period in history where connecting with beauty could save us, this is the moment. When we become so focused on anger and hostility, we lose touch with the most precious aspects of life, which includes beauty, conviviality, appreciation, food, family, and happiness.

Many of us have called John F. Kennedy, “the poet president.”

May all of us find the beauty in each other as well as our livelihoods.

There are few human opportunities greater than finding the work that causes us to fall in love with our lives.