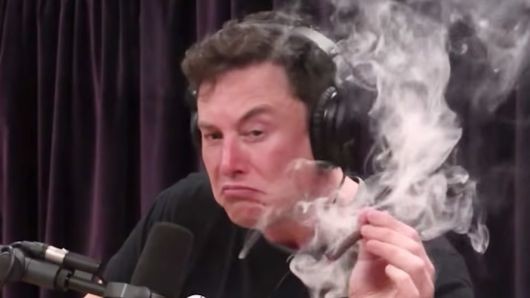 Many of us don’t define what we truly want to accomplish with our lives because we believe, on some fundamental level, that the right people will not show up to help us.

However, once we define what we want to accomplish, our success is purely based on the quality of the people we get to help us.

People from all walks of life come through our programs because a Socratic (question-driven) curriculum that produces life-changing and unique outcomes for everyone.

I cannot count the number of entrepreneurs that have come through our programs who have reached a point in their success only to hit a wall that requires they surrender the behavior and outlook that got them to that point-in-time. The turning point usually requires bringing in new support systems and finding talent that will elevate the business as well as their lives. This is one of the most frightening moments within early entrepreneurial success because it means surrendering the behavior that worked really well…to a point.

Elon Musk is possibly in the biggest crisis of his life. Tesla has revolutionized the world. His vision has moved his company to a certain level of success. His hard work has created advances in electrical infrastructure and battery technology that has set the stage for a quantum leap with electric-based transportation. However, manufacturing challenges in quality control, speed, efficiency and production costs have turned into a nightmare for the founder. By extension, Tesla is facing its biggest crisis even without its production challenges. Because, Volkswagen Group, BMW, Mercedes, Volvo, GM, and Jaguar are all releasing entire lines of electrically propelled transportation. Most of them have superb commitments to quality with the resources to deliver it.

Before continuing with Elon, an anecdote from our own graduate base can crystallize the challenge. Everyone signs confidentiality agreements in our programs and when we share an anecdote, it is with their permission. This one included the caveat that we would not share her name.

We were leading a large Inspired Work Program at LAX. Our meeting room looked out on planes taking off and landing. Regardless of the number of people, they tend to go inward quickly and they craft their own ideal vision, mission, and purpose. The curriculum gently leads them into recognizing the life skills they need to become successful with that vision. Let’s be candid, there is almost always a certain degree of discomfort about looking at obstacles.

We had a well-known entrepreneur in the room. She was a spectacular leader in her industry. At the first break, she navigated her way over to me and said, “This has been wonderful. You have exceeded all of my expectations and I’m going to go home now.” I’ve found that the more uncomfortable someone becomes, the bigger the breakthrough. I managed to get her to stay. By the second day, some of us were envisioning her taking a chair, breaking a window, dropping a rope down the side of the building and making a run for it. Then, it happened. She became distraught and started a disclosure. Her father was the single most influential role model in her life. He taught her that if you want to get something done right, do it yourself. This outlook had worked at first, but now her success had become a trap. She was working late into the night, hadn’t taken a vacation in years and was constantly exhausted.

After this insight, she cleaned up and customized her entire support system. I ran into her a few years later and asked how she was doing. She smiled and said, “Surrendered.” Not long afterward, the business was sold for a bloody fortune.

Elon Musk is, by all accounts, encountering an emergency riddled with the theme of someone who is, in the end, fully human. Trapped in the all too common notion that only he can solve the problem is potentially killing him as well as the extraordinary innovation he has introduced to the world.

In strikingly rapid progression, Elon interviewed with the New York Times and told the world he is in the most difficult and painful year of his life. He revealed he sleeps at the company and is taking large doses of Ambien in an attempt to control his sleep. Not long after that interview, he typed out a shocking Tweet, “Am considering taking Tesla private at $420. Funding secured.”

A few days later, he appeared on a podcast with one of my favorite comics, Joe Rogan. I love Joe and have seen him live many, many times. But, Elon Musk, CEO of a public company and Joe? They smoke dope together on a podcast.

In less than one month after it all began, the SEC is ready to file charges against him for securities fraud.

If I was his advisor, here is what I would do:

I am a big, big fan of Elon Musk. But I am painfully familiar with the signs of a meltdown that can kill off a company or an individual. The guy deserves every chance in the book. But, right now, he needs a new support system customized to help him with his health, to objectively solve Tesla’s production challenges, and help him learn that the right people will help him, if he asks or if he allows it.

The question is just how will his ego make room for that?

The answer will be more critical than anyone can imagine.