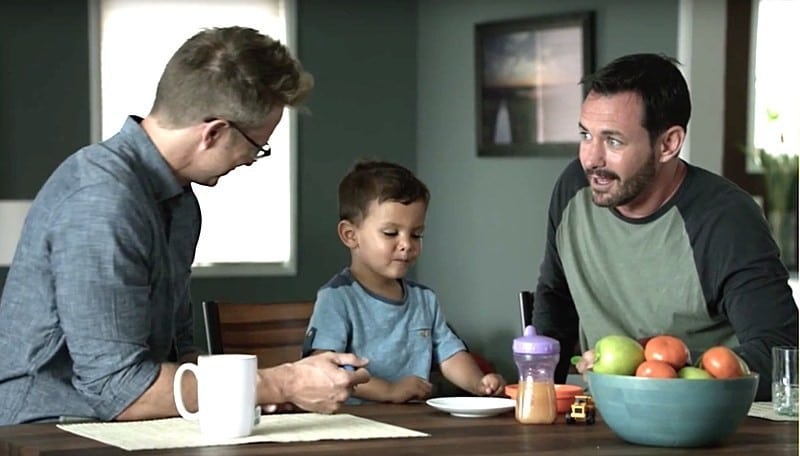 How Did Madison Avenue Turn Civil Rights Into Good Business?

With politics in such a deep divide, perhaps it is time that we recognize the greater influence business has in moving our society forward.

My viewpoints on politics began to change in the 80s and early 90s.

I was a young successful executive in the staffing industry. As such, I felt a moral responsibility to stand for civil rights on behalf of gays and lesbians, especially for those without my standing or economic clout. At the time, we had much to stoke the fires of anger. Thousands of gay men were dying and many employers were routinely getting pressured from insurance companies to get rid of employees with HIV. They did it so much there was actually a name for it: Redlining.

In 1990, we delivered our first Inspired Work Program. That weekend, my desire to make a difference in people’s lives took full blossom. I realized that if people could change that quickly, producing change through politics seemed a bit like pushing an egg up a hill with one’s nose. This was also the time where I realized that by helping people define what they were born to do, the world would become a better place. By adding the means to turn their visions into practical success stories, we could produce profound outcomes.

At the time, I served some of the largest advertising agencies in the world. During a trip to Manhattan, I noticed a significant change in the tone of their business strategies. They were starting to pay attention to groups of Americans that had been marginalized due to bias. When they added up the potential revenue streams from these various niches, the totals were pretty staggering.

I returned home just as Basic Instinct was being released in Los Angeles. Sharon Stone’s character was immoral, wickedly evil, shockingly sexual, and God-forbid, a lesbian. A political action committee that served was sending out protestors to irritate people standing in line. I called the chair of this group and said, “Listen if we want equality, we are going to have to make room for an ice-pick-wielding lesbian.” We bickered for a bit. But then, words came out that surprised both of us.

“Don’t encourage members of our community to get in the way of commerce. Our community is going to achieve equality from Madison Avenue, long before our government accomplishes a thing.”

This is where the real power of the diversity movement took root. It made business sense to treat everyone with respect. If we gave equality to all of our employees, they would become more loyal and more engaged. The ethos of business has shifted where we strive to engage with immigrants, young people, old people, Republicans, Democrats, Independents, straights, gays with all of the attached alphabets, multi-racial couples, single mothers and fathers, straight and gay parents of children, the educated as well as the not-so-educated.

This is how modern business behaves in order to reach its full potential.

Taking a “stand” for one’s employees and customers have turned business into a moral voice during divisive politics. For example, when the infamous “Bathroom Bill” in North Carolina made it illegal for transgenders to use the “wrong” bathroom, $3.76billion in revenue was immediately pulled out of the state by business. Additional departures have raised the estimated total loss considerably. In the arts, Bruce Springsteen, Ringo Starr, and dozens of other artists canceled concerts on-the-spot. One of our deepest cultural challenges is that our news media uses a business model that thrives on crisis, fear, and negativity. One baker refuses to sell an ugly sheet cake to a male couple and CNN rolls out all of the experts for the obsessive discussion about “the meaning of it all.” But, little is mentioned when their parent company Time-Warner, Google, and other big employers cancel business within that region.

If big business was so helpful in making it no big deal to be gay, where is the new mountain we must climb?

Today, when I think of equal pay for equal work, it feels like the 80s and the 90s. While politicians suggest that the minimum wage is too high, many CEOs from our largest employers are making sweeping improvements with all of the same feelings of “risk” that accompanied change leaders in the past. For those of us who want equal pay, it would be helpful to give positive attention to the business leaders who are standing tall.

The power of leading organizations with millions of customers and thousands of workers is probably what it will take to break through the root of most bias, which is turf. The reptilian brain demands protecting and growing one’s turf. This portion of our anatomy doesn’t recognize that equal pay would lead to greater harmony throughout our culture. The reptilian brain treats turf as a life or death issue.

Marc Benioff, Chairman of Salesforce, has led one of the country’s great places to work for many years. In 2015, he committed to end pay inequality. Improvements have required constant attention. New acquisitions brought in bad pay practices. Women candidates would routinely ask for less rather than more money. Revising the talent acquisition process was a beginning. But, Marc had to boycott meetings filled with only men. If roughly half of the employees were excluded from meetings, how can a senior executive evaluate talent?

Returning to the subject of Washington, D.C., pitchfork politics are too obtuse to pay notice or acknowledge how our most aware business leaders are producing deep and profound progress in our culture.

It is a basic fact:

The world’s best talent gravitates towards the world’s greatest employers. Organizations like Disney, Starbucks, Apple, Intel, Dow, Adobe, and others are becoming the role models for equal pay.

Isn’t it time that we pay attention and reward them? If we want to see change, make it about business. Select employers that fit your values. Instead of looking for a $10-50 difference on our next flights, pick Delta and tell the others you did it because they practice equal pay.

In this long-fought war for civil rights, there have been moments where I cried out of deep sorrow. But there were two moments where the tears emerged from almost indescribable joy. The first happened when a colleague sent an e-mail that President Obama was endorsing the marriage act. I switched on the news as he said the words,

“No one has the right to dictate who someone can love.”

Those of us who put up the good fight didn’t want to be treated in special ways. We wanted a world where being gay would be no big deal, as consequential as having gray hair and being right-handed. The greatest emotional flood came while we watched Television a few months later.

A young gay couple was feeding their child Campbell’s Soup. The central energy of that ad was love. I remembered growing up in a violent evangelical home where every day was an exercise in survival. I thought of Campbell’s Tomato Soup and how that was one of my comforts during those years.

How much life has changed.