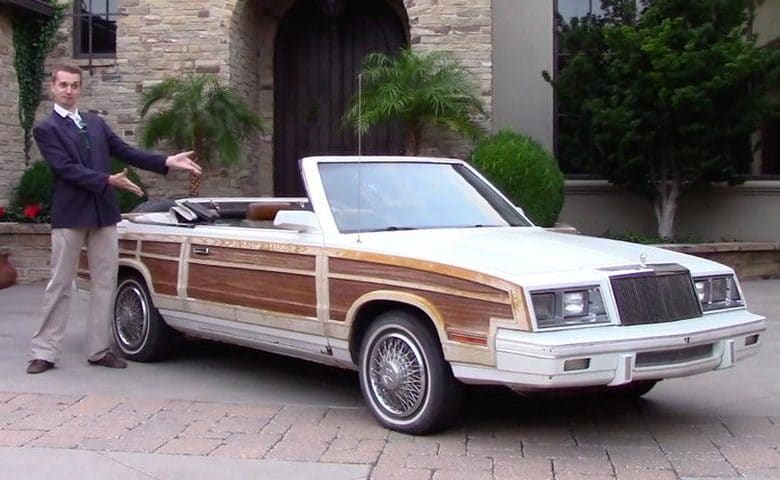 In American business, there was a time when most CEOs accorded equal power to marketing, operations, human capital, and finances. It is merely what a leader did to build sustainability into a business.

The importance of American labor could be summarized in how we won World War II. Late to the fight, our workers played just as much of a role as soldiers by producing unprecedented quantities of ships, guns, planes, and vehicles. As the war concluded, workers had indeed, earned our deep respect.

In the 50s, we shifted our manufacturing capabilities by building the best cars and products in the world. We gave Veterans “first-in-line” access to jobs, and we created millions of homes at ridiculously low price-points. Through the sheer value of America’s talent, we became the world’s superpower.

In 1976, two famed economists at Harvard published a paper that would change virtually every aspect of running a public company. It is our collective illiteracy about this event that causes so many people to blame others without actually knowing how we got here. Michael Jensen and William Meckling published the now-legendary paper,

In it, they argued that corporations needed to align the interests of manage­ment and shareholders. To put this bluntly, they proposed the sole purpose of a corporation is to deliver and grow shareholder value.

For CEOs and shareholders, this was as healthy as leaving a ton of biscuits in a room with two dogs. For corporate executives, stock-based com­pensation became the alignment mechanism of choice. Consequently, their incomes skyrocketed. In the 1970s, CEOs of large, publicly traded companies earned less than $1 million in today’s dollars. Today, that average has grown to $11.4 million. The new model motivates CEOs to incessantly focus on stock value rather than enhancing the real, longer-term performance of the company.

During the past 40+ years, the entire investment market shifted from long-term investment in building organizations and markets to realizing as much out of stock value as possible and to reach that in the shortest period of time. Investment banking turned into a multi-trillion-dollar industry. CEOs and hedge fund leaders became the foundation for how we dealt with workers in large organizations. With stock value becoming the number-one pursuit, American businesses and CEOs traded the long view for volatility, thus shifting the dynamic interests between capital and labor. As providers of capital push CEOs for greater and quicker returns, cutting back on labor is now the easiest way to signal they are ad­dressing corporate financial performance.

Many workers were quite supportive of the American dream. But during the last 40 years, the average income has stagnated while hourly compensation dropped. Workers witness venture capitalists taking advantage of financial deregulation to buy companies, take out loans on the assets, and pay huge dividends to themselves. Many of these ac­quisitions went bankrupt as employees lost their jobs, health insurance, and pensions. These financial barons are often celebrated and admired, but it has also resulted in mass income inequality at an alarming trend. Was this done intentionally? I believe it was done blindly.

Many of America’s workers have watched their job, and financial security goes up in smoke. Anger, contempt, and cynicism turned into raging fires as they read stories of greedy CEOs backdating stock options and pushing the envelope to unethical, and sometimes illegal, degrees. But perhaps it was amorality that angered them the most. In many organi­zations, the underlying message was that when needed, workers mat­tered. However, the cycles of hiring and laying people off reached such dizzying heights that we now have a labor force that views work as a temporary assignment.

The single-minded pursuit of building shareholder value has weakened the strength of our country. There was a time when shareholders, employees, product quality, and customer satisfaction were equal. Sadly, by making shareholders primary winners of an organization’s profits, we now produce large quantities of cheap stuff. We often treat customers by examining how much irritation they will put up with before moving on.

As a post-war country, Cadillac was the “Standard of the World.” But after the Theory was embraced, GM began pulling every dime that could be turned over to management and shareholders. Materials infamously got cheaper. Instead of innovation, Cadillac built the Seville on a Chevy Nova frame and charged as much as an E-class Mercedes. Lee Iacocca famously revived Chrysler with the “K” car while his Pinto turned out to be more threatening than a hitman.

Everything became cheaper. The results can be experienced by sitting in any Cadillac model and then moving over to an Audi, BMW, Lexus or Mercedes. The late Lee Iacocca celebrated the fixation on shareholder value by building such notable products as the “K” car and the Pinto.

Today, our country faces a variety of significant challenges. Underemployment impacts half of our workers. Accelerating change is kicking far too many people to the curb. In the last 2 years, we have witnessed California’s utility companies cutting expenses so close to the bone that hundreds of people have lost their lives to fires. Even in the face of bankruptcy, they have paid their shareholders fortunes and kept millions in bonuses for themselves. The state’s governor Gavin Newsom is courting Warren Buffet to buy the land rights to our utilities. Perhaps this is a good time to understand that Warren never takes shortcuts. He rigorously upholds bringing integrity to every aspect of organizational practice.

I do not believe that change will come from anyone who is benefiting from the Theory. We will also not break out of the current state if most people don’t understand how we got here. Instead, But, I have great faith in our children and young people because they will not put up with this crap.

A few years ago, I flew into Calgary to deliver a keynote on employee engagement. My time in the flight was invested in reading the biographies of the CEOs and business owners attending the event. The vast majority of them were in petroleum. At the time, delays in the Keystone Pipeline and a downturn in the global market had turned Calgary into something of a ghost town.

At the beginning of my presentation, I said, “While flying into your beautiful city, I studied your backgrounds and your organizations. Since many of you are laying off thousands of employees, perhaps we could discuss self-change rather than employee engagement.”

The response was enthusiastic. Later, during Q & A, I suggested the possibility that many of the leaders in that conference would do well by investing in the future rather than waiting for the past to spring back to life. For example, we have many energy firms making that shift because they take the future seriously. But the room turned a bit dark when I said, If we don’t progress, our children will do it. Because they will not put up with this.”

Isn’t it time to declare Theory of the Firm a failure?

In terms of excellence, it has turned into a shortcut for reaching mediocrity.

Ironically, most of the people upholding and protecting the Theory of the Firm are in their 60s to 80s.

Perhaps our children actually are here to save the world.