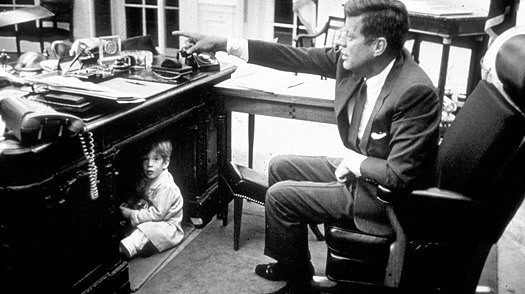 If JFK Had Lived One More Day

I still remember that day as if it just happened. I was in first or second grade. My adoptive father pulled up to our school in his white Bonneville. As my sister and I approached the car, the door locks popped up. We got in the car. Everyone was wordless. Earlier, the school principal had walked into our classroom ashen-faced and told us we were all going home. The President had been shot.

John F. Kennedy was the last President to eschew focus-group political strategies. He was also the past President with the courage to tell us we are responsible for our lives and our results. Today, politicians promise they are going to fix things, save us, give us jobs, cut taxes, put more in our pockets, save us from climate change or bring us coal. But, they never tell us we are responsible for how things have turned out.

I was a little boy when John F. Kennedy was gunned down. But, that event colored and shaped the rest of my life. I had been adopted into a very dark and difficult family. I remember seeing him on Television and being so impacted by his optimism, civility, and dignity. But, what set him aside from anyone we have seen since was the truth that no one would hand success to us and the ideal that Americans are the power to greatness.

For me, John F. Kennedy was all about an opportunity, of galvanizing the human talent of a fresh superpower and focusing our nation on vision, on abundance and of living out a “pay-it-forward” philosophy that underpinned the actions of an entire dynasty.

Yesterday, it was 55 years since we lost JFK. With his abrupt departure, America entered a decade of shocking dissension and a strikingly escapist era of anger, sexuality, and drugs. With the absence of aspirational vision from the top, baby boomers got out their credit cards and forgot a moment in time where putting people on the moon seemed like a good idea, where sending our best young people to impoverished nations was normal and where education could and would set anyone free.

The motorcade carrying the President and his wife, the Governor of Texas and his wife was on its way to the Dallas Trade Mart. The transcript of the speech he never delivered portrays ideals and a way of being our country would do well to remember.

We cannot expect that everyone, to use the phrase of a decade ago, will “talk sense to the American people.” But we can hope that fewer people will listen to nonsense. And the notion that this Nation is headed for defeat through deficit or that strength is but a matter of slogans, is nothing but just plain nonsense.”

For this country is moving and it must not stop. It cannot stop. For this is a time for courage and a time for the challenge. Neither conformity nor complacency will do. Neither the fanatics nor the faint-hearted are needed. And our duty as a party is not to our party alone, but to the Nation, and, indeed…to all mankind. Our duty is not merely the preservation of political power but the preservation of peace and freedom.

When I embrace his message, I am not a Democrat or Republican.

My readers know that I am far more interested in the power of their truth rather than my own. Since we delivered our first Inspired Work Program, there is far more power in asking the right questions than in telling people what to do. I have watched thousands of people move forward into their right lives simply because they defined and organized their own truth.

This outlook lives on in many of us. Jack Kennedy Schlossberg, the 35th President’s grandson recently spoke at The Kennedy Library. He remembered his grandfather as a man who was elected on a platform of challenges rather than promises. In a recent video, he said JFK wasn’t elected for what, “he would offer the American people as president, but what he would ask of them.”

So let us ask ourselves:

If we are the ones that can make this world a better place and if we want to become the solution, what does that mean for each one of us?

What is the problem you are here to solve?

What would you have to do to elevate your work to mission, purpose and perhaps even pure joy?