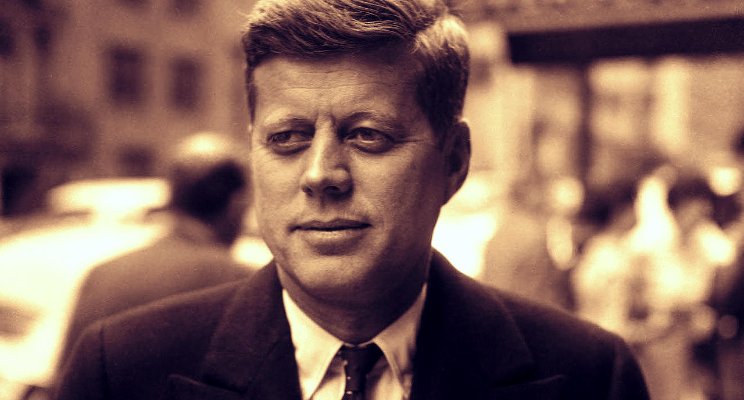 If JFK Lived One More Day

The following statement is not partisan. It is an issue of need. There has never been a time in history where we needed political leaders who embrace the strategy and courage to tell us to take responsibility. In the last election, both party members promised jobs in sectors of the economy that are dwindling to say the least. How much healthier would it be to have leaders that routinely give us statements like this?

I was a little boy when John F. Kennedy was gunned down. But, that event colored and shaped the rest of my life. I had been adopted into a very dark and difficult family. I remember seeing him on Television and being so impacted by his optimism, civility, and dignity. Most of all, I remember his focus on personal accountability, promoting the truth that none would hand success to us and his high-minded beliefs that Americans had the power to be fully accountable for greatness. I was six-year-old when I heard him say,

To this youngster his words were so bold, clear and visionary that I heard them, bought them and knew that I wanted to be part of a solution rather than a problem. But, I remember even more shockingly the ashen-faced principal of our evangelical school walking into class and telling us that Kennedy had just been shot dead. I remember my father pulling up in his brand new white Pontiac Bonneville and the power door locks clicking as my sister and I got in. I remember him wordlessly driving home and our mother crying in front of the TV. I was struck that they had recently referred to him as “the devil” simply because he worshipped in the wrong church.

For me, John F. Kennedy was all about an opportunity, of galvanizing the human talent of a fresh superpower and focusing our nation on vision, on abundance and of living out a “pay-it-forward” philosophy that underpinned the actions of an entire dynasty.

With his abrupt departure, America entered a decade of shocking dissension and a strikingly escapist era of anger, sexuality and drugs. With the absence of aspirational vision from the top, baby boomers got out their credit cards and forgot a moment in time where putting people on the moon seemed like a good idea, where sending our best young people to impoverished nations was normal and where education could and would set anyone free.

As the anniversary of his passing approaches, I would like to share with you portions of the speeches he was going give right after that terrible event. His words signify the best within all of us, especially when we devote our lives to something bigger than ourselves:

We cannot expect that everyone, to use the phrase of a decade ago, will “talk sense to the American people.” But we can hope that fewer people will listen to nonsense. And the notion that this Nation is headed for defeat through deficit, or that strength is but a matter of slogans, is nothing but just plain nonsense.”

For this country is moving and it must not stop. It cannot stop. For this is a time for courage and a time for challenge. Neither conformity nor complacency will do. Neither the fanatics nor the faint-hearted are needed. And our duty as a party is not to our party alone, but to the Nation, and, indeed…to all mankind. Our duty is not merely the preservation of political power but the preservation of peace and freedom.

When I embrace his message, I am not a Democrat or Republican.

No, I am that little boy living in an angry and divisive house, who listened and believed every word.

If you would like to discuss your workplace or your career with David Harder, schedule fifteen-minutes Here.