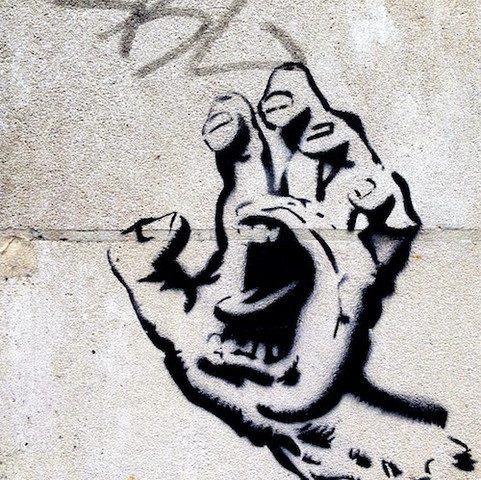 Just Where is the Culture of Outrage Taking Us?

There are certain mornings where I ought to avoid Facebook. I have a lot of work to do today and since most of it is about positive change in my client’s lives or our business, it is important to approach the work with optimism.

And yet, the first six inches of my Facebook feed is centered on repeating poisonous statements from some jokers that I will never meet or give energy to. I see familiar faces with posts that open with some version of, “You know what I hate?” The culture of outrage, in my opinion, isn’t about positive social change. It is about becoming so basted in emotional violence that outrage becomes a full-time job.

Think of the job interview!

“In the last five years, what are the skills you’ve developed that would be valuable at our company??

Many of my friends spend so much time being angry, the quality of their lives is suffering. It takes action and courage to build a good life. Unless we are talking to someone who can fix the problem, complaining is accomplishing nothing. That said, I do have friends who spend much of their day watching the news, writing angry posts and not much else.

When we pay too much attention to emotional violence, we become emotionally violent.

When I was in my early 20’s, I went through EST. It was crude, vulgar, and shocking. There were 500 of us locked in a room at the Convention Center. But, I will never forget a moment that would spark outrage today. A participant raised her hand repeatedly until Werner Erhard asked her to stand up. She immediately began sobbing about childhood sexual abuse and how her father had ruined her life.

Suddenly, he interrupted her. “How long have you been telling this story?”

Taken aback, she responded, “Why are you asking me that question?”

“I’ve asked how long have you been retelling this story?”

It went back and forth a few times until she said, “Over 30 years.”

“And, what is the payoff? What do you get by retelling the story?”

Again, the words were traded back and forth until she bellowed,

“Because I get to be better than him.”

I was reminded of the words from Gandhi, “Revenge is like drinking poison and waiting for the other person to die.”

Life is short. Sometimes horrible things happen to us. We have big challenges in front of us today. But complaining without action isn’t doing us any favors. One of my dearest friends is hosting a celebration of life for her husband. He was a Holocaust survivor and he devoted his life towards making the lives of others better, richer, fuller, and wonderful. All of us have a choice in how we respond to adversity.

Perhaps it would be a good idea to turn off the TV, take a break from the outrage, go visit someone who needs attention and love. Pick a big bold idea that can change the world. Join a political action group. Run for office. In other words,

Because real change is not a spectator sport.

My readers know that I am passionate about ending underemployment. Shortly after an article on the topic was published, some readers came back with, “But, what about the 1%? They are destroying the middle-class.” No, the underemployed are in trouble because they refuse to learn how to learn, to develop the skills to change, to get off our butts and get re-educated. That, my friends, is a full-time job. It is effortless to blame our circumstances on someone else. “It’s those god-damn Koch brothers!” A good big swig of high-fructose syrup, followed by some chips and what was the question?I didn’t respond because the example typically begins an argument about which issue is worse. That exercise usually ends with nothing getting accomplished!

I suggest that my readers try to figure out if I am Democrat or Republican because we would have to go all the way back to the last President that told us that we are responsible.

How long have we been telling these stories?

What value does outrage without action bring to our lives?

When do we choose to live full and contributive lives?

I had a horrible childhood. It would have been easy to have my life stop there. The world tends to glamorize martyrs and victims. I’ve met so many people who point out how they died for the cause and fell on their swords. I’ve listened to others measure their lives by how many times they got nailed to the cross. But, I rarely hear these same individuals talk about how fulfilling their lives have become or how much meaning they have established by contributing to others.

On a personal level, there came a moment where I chose to stop telling my awful story again and again because it was squandering my time. That was the turning point, to focus on actively building a great life. That change in outlook also gave me the courage to find my life’s work.

The influential psychologist Sylvano Arietti once said, “The world’s mental institutions are filled with creative thinkers.”

Real creativity requires courage. Taking a stand requires becoming visible. Making something invites judgment and scrutiny. Ultimately, that means that taking action requires courage rather than comfort. Perhaps it is time to ask if moral outrage is moving us forward, keeping us stuck or actually shielding us from the very action that could lead to meaningful lives.

Righteousness is the single most destructive force in humankind. It instills a delusion that we are better than someone else. When we invest our entire lives in pursuing righteousness, what happens to our legacy?

“Here lies Joe, angrier than ever.”