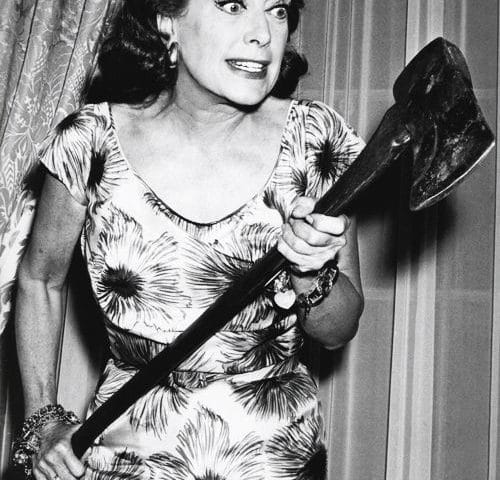 The Killer Filters – 5 ways we destroy change before it happens!

In 1990, we delivered the first Inspired Work Program, an immersive experience that has led thousands of people into turning points with their careers. We can provide this outcome in just two days. However, in the beginning, some of the programs were long. We had to find a way for everyone to get the most out of every hour they were with us. Today, our time is even more precious.

Through a series of events, two organizations began sending hundreds of employees through the program. This experience allowed us to realize how we could speed up the process.

Let’s start here: Change, for most of us, is uncomfortable and perhaps even frightening. From a very early age, we learn how to kill all forms of internal change on-the-spot.

Do you wear sunglasses?

Picture this. A physician helps with your birth. Moments after you arrive, she glues a pair of sunglasses with a beautiful blue lens over your eyes.

Thirty years later, someone asks, “What color is the world?” It’s blue for you. But, from a global view, nothing could be further from the truth. It is being proven, right now, time-and-time again that human beings can believe anything they want. Many of our peers and loved ones are shaping new and strange beliefs to justify the others that are on the verge of getting disqualified.

Back to the basics! What are the Five Killer Filters?

Oh, come on! Are we a cynical culture?

Cynicism, most often associated with distrust and pessimism, causes us to question our motivations, undermine our best intentions, and talks us out of taking any action. Cynicism is similar to contrari­anism, which is where we always argue the opposite position, even to the most positive mission, vision, and purpose. In the workplace, cyni­cism shows up in messages like the following:

“We shouldn’t be doing this.”

“We don’t have the time or money to change.”

“I don’t have the time to learn something new; I’m barely keeping ahead of the work as it is.”

In the career development space, it can show up similarly:

“I could never make a living doing that.”

We call this one the “assassination filter.” When someone is partic­ularly frightened by change or transparency, they often use a distilled version of cynicism to kill progress and change on-the-spot. It is more intense and drastic. Sometimes, we even get run over by the Packard.

The Oxford Living Dictionaries’ definition of contempt makes the point: “The feeling that a person or a thing is beneath consideration, worthless, or deserving scorn: he showed his contempt for his job by doing it very badly.” I often tell leaders that if someone comes after you with contempt, they are more than just fearful; they are terrified.

A few years ago, poet and performance artist Gary Turk created a video called “Look Up,” which quickly went viral. It shows two alter­nate scenarios. In one version, a young man is so fixated on his cell phone that he misses the life he was meant to have. In the other version, he “looks up” and meets the love of his life. They marry and raise a fam­ily, and he holds her hand in old age as she passes away. Turk’s perfor­mance piece is a rather eloquent message about what we lose when we use our technology to “check-out.”

Mr. Turk’s message sparked much contempt when you see some of the reactions:

“I don’t know whom I find more galling—Gary Turk, who wrote this one-dimensional preachy fluff, or the millions of sheep sharing it on social media.”

“Thanks, Helen! Every time I read it, I just want to rip it apart line by line—I’m glad someone else has the energy to do so.”

Oh, my God! I think the last one might have just cut me off on the 10 Freeway! You know, the one glaring in the rearview mirror with a cell phone in the left hand and the middle finger reaching for the sky on the right.

When an entire team falls into cynicism over change, the most dominant and contemptuous colleague is selected to kill the message and perhaps the messager as well.

More than 80 percent of America’s workers don’t like what they do for a living, which means the majority of our workforce is in a state of aimlessness or just going through the motions. It is life without a defined mission, vision, or purpose.

For years, many of our larger organizational clients wanted us to deliver our leadership and development programs. But, when I suggested that our original program is the best solution for team engagement, the pushback was surprising. “Oh, no. If we get them to tell their truth, they will pack up their bags and leave.”

Many of those same companies are getting hit with the transparency provided by using Indeed, Glass Door, Google, LinkedIn, and Facebook. In an ever-accelerating workplace, truth is the most critical driver behind an organization’s success.

How do we get past the filters?

Before we identified the mechanism behind pushback or failure, some of our participants consumed more energy and time from all of us. However, when we discussed the filters early in the program, the filters lost their power.

“I can’t take care of my desires and needs; I have three kids to get through college.”

“We don’t have the resources to change, so why should we bother?”

Resignation is the file cabinet that stores all of the “evidence” we have compiled to prove we cannot and will not change.

Some of us would characterize resignation as a lack of hope. Still, it is a lack of optimism, an unwillingness to believe in ourselves, or that decisive action will make things better. Often, we present our problem as a form of bias: “These companies are only hiring young people. You know how it is when you turn 60.” That form of resignation overlooks the fact there are scores of people in their 60s, 70s, and even 80s who are making a big difference in the workplace.

Dean Schabner of ABC Television, recently stated that “today’s full-time employees work an average of 49 hours per week, about six days out of seven days.” Since 1993, the average full-time American worker has given up over a month of leisure activity because they are now invest­ing part of the weekend to work.

We work harder than any other indus­trialized nation, including Japan, where workers who used to die from stress received a hero’s funeral. About 3.6 million workers in the United States spend more than three hours per day commuting. According to Christopher Ingraham of the Washington Post, our annual commute time for just one year, if added up nationally, could have built the Great Pyramid of Giza 26 times over.

Smartphones have opened the door for employers to reach employ­ees at all hours of the day and night. In many cases and with increas­ing frequency, we are not allowing employees to renew themselves and replenish their energy. France has recognized the problem and even passed a law making it illegal for employers to email employees during off-hours.

I’ve often had to work with busy professionals in drawing boundaries without sounding like a slug, bastard, or bitch. But, many employers mindlessly push people to the edge of crashing and burning because someone else is doing it to them!

Frenzy is separating parents from their children. It is getting in the way of taking care of our selves. Frenzy has turned out to be as reliable a method for checking-out as hard drugs but with none-of-the-fun.

When you are looking at taking action or asking others to do the same, if there is any potential risk or discomfort involved, pay attention to your words and their words.

If you want to change your life, be sensitive to how these beliefs can show up and take over. If you are working with people through extensive change, pay attention to them. If someone tries to blast your mission out of the water, talk to them about it. It is far healthier to get clear on the fear rather than getting bogged down with behavior where the sole purpose is to end the discomfort by not taking action.

Be vigilant. Humans have a par­ticularly creative way of running the filters and biases at a completely unconscious level. Dig into these filters. You then can better anticipate and understand pushback when we actively lead change. Be ready. But treat them with kindness because all of us do this.

Practice what we preach and you might just end up with a kernel!