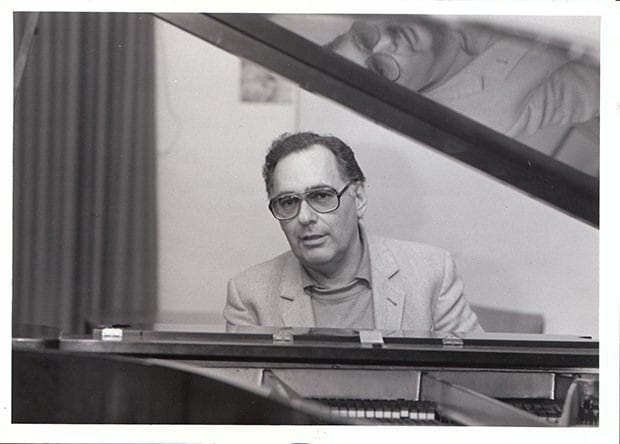 Trying to hold onto erroneous beliefs and truth is temporary. One will crowd out the other.

The United States has fallen into a wormhole in our collective ability to differentiate truth from the corruption of ego. I will stick to my wheelhouse, which is the importance and life-changing opportunity from transforming our relationship towards work.

First, this is my truth.

When we believe that forces beyond our control are the reason we are under or unemployed, we will not succeed. Time and time again, I have witnessed that the lives we want to have are within reach. When we take the initiative, perhaps even the seemingly psychic risk of finding that life, we help the pursuit become more attainable for everyone around us.

When we believe that our children will have fewer opportunities than we did and we dare to voice that without qualifying if it is true, we could be crippling their future. I’m reminded of Mrs. Barone on MadTV, who was on her 70th cigarette of the day, saying, “Three husbands dead from lung cancer, and none of them smoked!”

A few years ago, research for my last book uncovered truths that quickly led to a conviction that the most significant source of our country’s turmoil is that far too many people have little confidence in their livelihoods.

Before the pandemic, we touted a 3.8% unemployment rate while about half of our country’s workers suffered from underemployment. Many of them were holding onto task-based work that becomes cheaper every day. What is striking is that coming out of our nation’s deep-seated malaise about work is that the new world of work offers greater meaning, freedom, creativity, and financial abundance.

Sadly, none of our political leaders are teaching and inspiring the underemployed to become far more contributive to what used to be the most stable economy in this world.

Lest anyone feel getting everyone into the future of work is impossible, I have sobering news. China, Germany, South Korea, Japan, and Canada have highly developed strategies to keep their workers up-to-date with accelerating change. Our leaders characterize the partnership between education, government, employers, and workers as “socialism,” they simply view their success as “good business.”

Many of us view Alvin Toffler as the most celebrated futurist from the last century. In 1971, his book, Future Shock predicted that advancing technology would accelerate change and that by the turn of the century, most people would be in a state of “future shock,” a trance brought on by trying to absorb too much change in too short a period. He made a case for what we call today as active learning. It is the practice of staying abreast of the best aspects of change. In other words, rather than wrestling with the change, we use change to our benefit and the world around us.

He added that tomorrow’s successful workers would be adept at learning, unlearning, and relearning.

How on earth do we unlearn? Why is that so important today?

When we tell our children their future will be more bleak, far too many will listen. The smartest and rebellious kids will usually leave, often in a huff.

We begin to let go of obsolete thinking when we become aware of it. This is why self-inquiry is so very important. Most of us have been trained, since birth, to use cynicism and contempt to avoid the fears that accompany actual change.

I was fortunate to have a learning experience, unlike any other.

When I was 18, I was blessed to study piano performance at USC with Daniel Pollack. He had just returned to California from The Juilliard School of Music. A combination of study, practice, harsh criticism and love for the music forged a new me. One day, I purchased a copy of Herbie Hancock’s concert album at the Lincoln Center in New York. I stayed up all night listening and studying every note. I was blown away with the notion of playing music that came from a deep place within my soul rather than replicating someone else’s music from a different time. The next morning, morning, I walked into Pollack’s studio at Adam’s House. Half of the music school was housed in a mansion from the turn of the century. He closed the big roller doors. I sat down behind the Steinway concert grand and he asked what I wanted to play.

Silently, I opened my backpack and handed Hancock’s album to him.

Then, I quietly announced, “I want his job.”

His response made it immediately clear never to bring up that topic again.

My love for original music continued to grow, but I was having enormous difficulty getting past the programming that came out of years of repetition and the unwavering pursuit of perfection.

One day, a rock star friend told me of Phil Cohen. He was the head of The Leonardo Project at Concordia University. Phil worked with some of the world’s most famous jazz and pop musicians. She said, “He has this gift of finding whatever it is inside of you that is getting in the way of your freedom and helping you let go of that forever.” Several times each year, Phil traveled to Europe, Asia, and the United States. He would spend a few weeks taking his clients into these in-depth sessions.

One day, the call came in. He was in Los Angeles and had one opening. The next afternoon, I was sitting in a recording studio with a guy who looked a bit like a Jewish stand-up comic. He had an eye condition and wore sunglasses indoors. On his head was a small Fedora hat. Phil waved his hand towards the piano and said, “Play something.” I gave him a little ballad I had written, sad, filled with angst, and surprising substitute chords.

When finished, Phil peppered me with questions.

“You studied with Daniel Pollack at USC?”

“Yes.” You spent hours every day in practice rooms.”

“Yes, until my hands were bleeding.”

“You even did the Russian Exercises sitting on the floor.” Once again, I nodded.

At that, Phil leaned forward and pronounced,

“You need an emotional enema. If you hope ever to play one note of living music, you are going to have to forget everything you have learned.”

I was probably ashen white when I said,

He looked over the top of his sunglasses and added,

Over the next few years, Phil invited me to play anything that I was working on or that came to mind. He had this inner radar that zeroed in when an obstacle got in the way of full expression.

He would ask questions like, “Why did you play that passage with such strange phrasing?”

“I felt that more complicated phrasing would be more interesting.”

“What does that thinking have to do with music?”

Sometimes, he would tap me on the shoulders and asked me to point where I was holding a block in my body.

“Try it again. But, this time, play it from here.”

During the next few years, I learned how to unlearn, and the result was performing in the best jazz clubs in town and the courage to be spontaneous because the obstacles were gone.

Today, I find that most everyone has challenges moving forward into new work territory with confidence and freedom.

When we are afraid of a suggestion or a new reality, one of the best ways to recognize what’s happening at the moment, for example, if the new idea, no matter how true, brings up cynicism, we might talk ourselves out of taking any action at all.

If we respond with contempt, then instead of merely being afraid of that change, we might be terrified. It is in that millisecond to kill the idea with contempt.

The more familiar we become with this mechanism, the less power it holds over us. But, familiarity also requires self-inquiry. The mere idea that some of us have become so afraid that we prefer to adopt a delusion is a measurement of how desperately our country leads leadership about work.

I have had many compartments in my life, partially because I feel that when we are here to help other people to have breakthroughs in their lives, all that we share about ourselves ought to be there to move that person forward. One of my friends and strategic partners is Cynthia Loy-Darst. Cynthia is a pioneer in training and developing members of the coaching industry. One day, she dropped by my home. At the time, my concert grand took up most of the living room. She asked if I would play something for her, and when I finished, Cynthia looked me in the eye and said, “I have always wondered about the source for Inspired Work. Now, I get it.” I smiled and replied, “I hope I haven’t lost all sense of mystery.”

At the rate the change takes place today, I believe that we need all of the help that we can get. As per Phil Cohen, his gift was of universal value. For years, he gave lessons at our home because it had the most excellent piano. Often, I would hide in the hallway looking through the slats of the door watching music legends play that piano. But, he gave all of them what he gave me. He gave us the dignity of finding what was in the way of our best creativity without implying there was anything wrong with us.

Just a few years ago, Phil passed away. He was one of those rare individuals who was so clear of his purpose that he never apologized for his idiosyncrasies. Phil only took the work that interested him. In his later years, he built UCLA’S projected music program in Florence, Italy. He reorganized the music conservatory system in France. And yet, it is his work in founding the Leonardo Project that will impact the world. In it, he brought together some of the world’s greatest minds to study and articulate the physical, psychological and spiritual organization in high-level performance.

Almost all of Phil’s relationships began with that simple nod,

“Play something for me.”

Today, when someone comes to me for a breakthrough in their professional life, I say,

“What do you want to accomplish?”

And, I think of him.