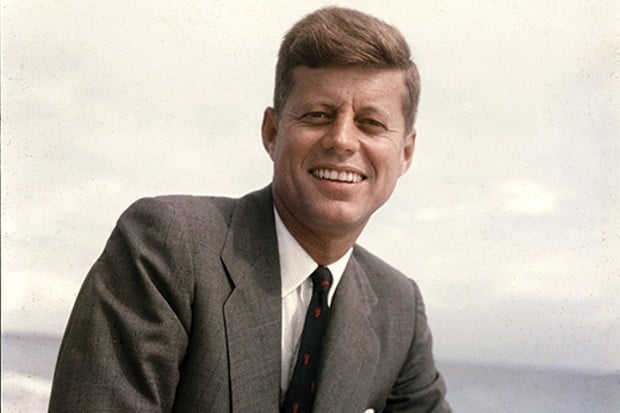 I grew up in a little dirtbag town with adoptive violent and evangelical parents. In that environment, I remember watching JFK get elected and introduce a form of optimism and eloquence, unlike any president since. In my childhood, the most significant impact of Television was to see our President and his wife demonstrate that while civility and eloquence were not in my home, it was alive and well in our country. I was too young to fully understand politics and the global challenges he wrestled with. But, I was mesmerized with the beauty of that family and his poetic speeches. Perhaps it was the music in his voice that connected with me at the deepest level. I wanted to be part of whatever he was selling.

I remember the day it all came to an end. I was in first or second grade when our principal came into my schoolroom and announced that someone had just murdered the President. My father pulled up in his new Pontiac Bonneville. As my sister and I approached it, the door locks popped up. We got into the car. Everyone was wordless. When we walked into the living room our mother was sitting in front of the TV sobbing.

For the next decade, optimism took a back seat to cynicism and contempt. Baby boomers engaged or revolted in a pointless war. After Watergate, they traded in their protests for credit cards.

But, we lost far more. John F. Kennedy was the last President before our political system was taken over by focus groups. Instead, he told us to take action. Kennedy inspired us to take responsibility for our lives, to give and contribute to the less fortunate. Here was a President that told Americans how to build upon our postwar optimism. Whether they liked him or not, American people joined hands in making the world a better place. He brought poetry into our politics by using words that soared. He spoke with such credibility that we listened.

Today, politicians promise they are going to fix things. They promise to give us jobs, cut taxes, put more in our pockets, save us from climate change or bring back coal and cashiers in malls. But, they never tell us we are responsible for how things have turned out.

This Friday will mark the 56th year since his passing.

The motorcade carrying the President and his wife, the Governor of Texas, and his wife was on its way to the Dallas Trade Mart. The transcript of the speech he never delivered portrays ideals, and a way of being our country would do well to remember.

We cannot expect that everyone, to use the phrase of a decade ago, will “talk sense to the American people.” But we can hope that fewer people will listen to nonsense. And the notion that this Nation is headed for defeat through deficit or that strength is but a matter of slogans, is nothing but just plain nonsense.”

For this country is moving and it must not stop. It cannot stop. For this is a time for courage and a time for the challenge. Neither conformity nor complacency will do. Neither the fanatics nor the faint-hearted are needed. And our duty as a party is not to our party alone, but to the Nation, and, indeed…to all mankind. Our duty is not merely the preservation of political power but the preservation of peace and freedom.

When we embrace his message, We are not a Democrat or Republican.

John F Kennedy’s presidency didn’t happen because of what he was going to do for us.

It happened because of what he would ask of us.