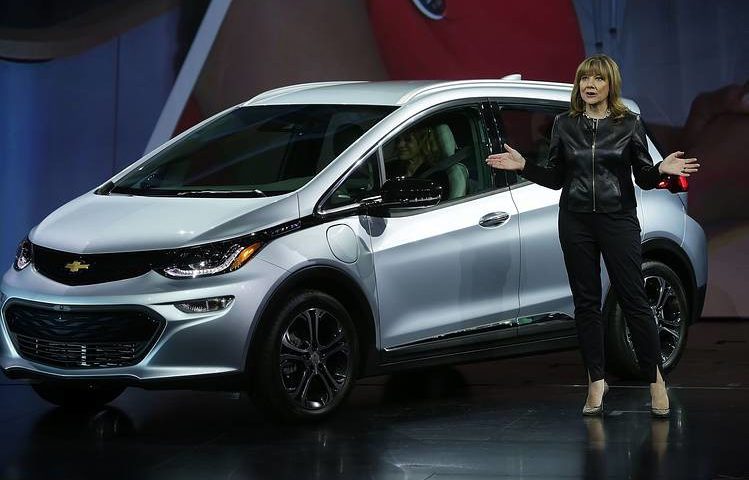 General Motor’s CEO is clearly willing to take decisive action in moving the company forward. But, her overall performance is strikingly uneven.

Let’s start with the good news. Barra has made bold moves towards the future by investing in self-driving cars, electric vehicles and ride-sharing networks. In 2016, GM purchased Cruise Automation for $1billion, a start-up that has become one of the leading technology houses for autonomous cars. Today, that unit is valued at $14.6billion.

Mary Barra has led the company into the black posting profits of $4.6billion in the first half of 2018. Stock value was stronger, especially in comparison to Ford. But, compared to overseas competition, General Motors continues to carry forward the shortcomings that have blunted the American car industry. In terms of developing aspirational consumer or employer brands, Mary reveals her utter lack of imagination. Business journalists are applauding the company’s improvements in profit performance, but compared to what? Daimler Benz, Toyota, and BMW continue to outperform GM by wide margins.

In my book, The Workplace Engagement Solution (Career Press), research strongly indicates the vast differences in philosophy between the CEOs that develop category leadership and the CEOs running cultures of mediocrity. This is where Mary Barra’s lack of imagination is leading to more of the same from American car companies.

America almost lost its car manufacturing industry during the recession. In the years since, many of us have treated their comeback as a success story. However, those of us who read car magazines know that nothing has really changed in terms of producing cars that people aspire to own. Much of the problem emerges from a lack of commitment to brand as well as people. Quite simply, if it isn’t working out, throw out the garbage.

Most of us can instantly envision a Porsche 911, a Mercedes S class, a Toyota Camry or a BMW 3 series. That is because of the kind of pride that can only happen from continuous improvement. Auto journalists continue to rank GM products as deeply inferior to the overseas competition. Interiors are bean counted into mediocrity. And, if people are not buying the brand, simply get rid of it. For example, the Impala used to be a legendary name until Chevrolet demonstrated its lack of commitment by periodically plastering that name on cars that offered little pride at all. At times, the name was abandoned for years only to be thrown onto a car because of its poor market performance. This cynical view of the consumer is demonstrated the moment they open the door and sit in the car.

Mary Barra’s biggest failure of all is in GM’s commitment to employer brand. My greatest concern for America isn’t about lowering unemployment; it is about rapidly growing underemployment. Upwards of 48% of our country’s workers characterize themselves as underemployed. This means that about half of our workers are getting kicked to the curb by change.

But, in countries such as Germany, underemployment is a non-issue. As we blame technology for the loss of jobs, German auto manufacturers lead the world in the use of robotics. But, they don’t lay workers off, they train them to do new and more interesting work. The German government is an active partner to the auto industry. Government subsidies are provided for apprenticeship programs. BMW and Mercedes consistently rank amongst the best employers in the world while GM continually brings up the rear.

Many business journalists are applauding Mary Barra’s decision to ax cars and people as a commitment to the future. Let us be clear. Her strategy demonstrates her commitment to trucks. How will GM ever compete in the war for the world’s best talent? In our research, we cannot find one iota of information that it has even crossed her mind.

There-in lies the rub. GM will no longer make mediocre cars, it will provide big sports utilities and trucks, a place where consumers tend to be more forgiving on quality issues.

The most predominant aspect of GM’s employer brand is mediocrity as well. We see the results in the company’s disloyalty. But, the real failure is in pride. How would the world’s greatest designers and engineers aspire to become part of a culture where talent isn’t developed and employees are treated as a commodity on par with the cars? It is a bit like a top graduate student from Stanford trying to choose employment between Apple and Yahoo.

We learn nothing of value by studying dysfunction. General Motors ought to be emulating what is happening with the most profitable automobile manufacturers in the world. They could become enlightened about how to build better cars as well as more profitable cars. All the possibilities of why she wouldn’t study success have uneasy answers.

Unfortunately, yesterday’s debacle didn’t offer up the courage, to tell the truth, and make a commitment towards excellence.