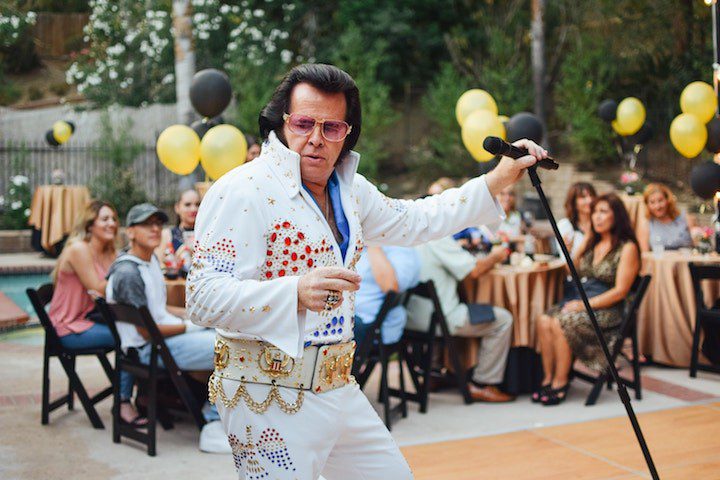 In a recent survey, 48% of Americans characterized themselves as underemployed.

Underemployment is holding three jobs to make ends meet. And yes, that father is an insurance worker by week and an Elvis for pool parties.

Underemployment is having a masters degree and serving coffee to make the rent.

Underemployment causes millions of our workers to hold onto jobs they do not like in industries that are shrinking.

Unemployment figures have been long a political number and while that figure is at its lowest since the 60s, the reality is far more unsettling. Vast underemployment reflects that at least half of our workers are being kicked to the curb by change. And, the unrest that is tearing through our country is fueled by the very people who fear they have no future in the emerging workplace, when, in fact, they would resolve that fear through active learning and connecting with meaningful mentors.

All profitable economies have been based on getting more for less. This past week, U.S. News published a survey that indicates 4 in 10 American workers have “side jobs” which bring in an average extra income of $8,000.00. As such, American employers are realizing a bumper crop of cheap labor. I don’t believe they are mindfully engaging in such strategies, because even they are entering a precarious future for sustainable success. The perfect storm in front of us is embedded in how so many are responding to fear.

Active learning has become the single most attractive new skill in hiring employees. Why? They don’t become obsolete. Learning is the single most powerful tool in overcoming underemployment. Isn’t it surprising that in a country with unprecedented access to information that so many of our brothers and sisters live in a trance where the only way to get by is to mow someone’s lawn or fix the neighbor’s drain?

Millennials represent that largest segment of full-time workers who take part-time jobs. They tend to carry more debt and they have a greater distrust of traditional employment. But, for many, they are not pursuing the kind of active education that shows them how to shift from work that is valued by activity (always pays less) versus work that is valued by results (always pays more).

The myths that are locking so many Americans out of doing work that they love and making a great living from that work is being perpetuated by us. I just came out of a phone call where a leadership professional demonized technology to justify running out to the woods and doing rope courses. Technology is actually giving us freedom. But too many Americans don’t know what to do with freedom. They don’t want to give up clocking in and out of work they don’t really like. They don’t know what they would do if they could embrace work that requires creativity and innovation. They didn’t sign up for work that requires empathy and care. Am I getting through here?

We have helped thousands of people from all walks of life define and acquire the work they will most love. The greatest barrier to entry is their own beliefs and the kinds of fear, that for all of us, can produce an ongoing trance. We live in a country filled with abundance, more than at any other time in history. Unfortunately, when we use abundance to produce comfort over action, devolution will be the result.

In my line of work, I have realized that whatever a person conceives in how they want to live, what they most want to do with their lives, and they take that courageous step to live by their career DNA, there is always a way to make that happen. Recently, we were in Rome where we were introduced to Marcia Weider, the founder of Dream University. During our conversation, she was rattling off numbers in her success story and even I was humbled. I sat there thinking how this American woman was sitting in one of the most beautiful neighborhoods in Italy, living the very message of her work and making the kind of living that allows her to enjoy her freedom.

Why is it that we are portraying our challenges as an outcome of outsourcing? Our country generates more revenue from outsourcing to other countries than the next three combined. Why are we demonizing robotics as the reason manufacturing workers are getting laid off when Germany retrains its workers and doesn’t even talk about underemployment? Our leaders make statements that indicate “coal miners ought to become truckers,” a profession with 5.2 million current workers that will plummet to 800,000 within 8 years.

Technology isn’t the problem. Our culture has fallen into a rut where taking comfort over action is producing isolation, naivete, and more fear.

There has never been a time in our history where it is easier to launch a business, start a new career, jump from a sinking industry into one that is bright shiny and new, or decouple from mind-numbing ways to make a living.

One of the most hallowed benefits of being an American is that we can believe whatever we want.

But, when it comes to working, perhaps it is time that we start telling the truth.