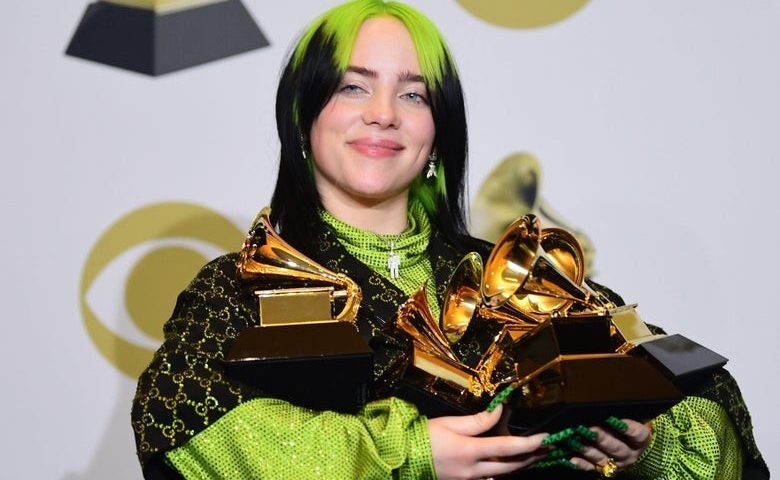 Last night, millions watched the Grammy Awards televised from the Staples Center. Only hours before, sports icon Kobe Bryant and his daughter lost their lives. For many, performing in the “house that Kobe built,” became a remarkably moving experience for people that were there or watching on Television.

As I awoke this morning, yesterday’s tragedy was still trapped in my stomach. But, I also realized that last night’s show provided an extraordinary object lesson in how advancing technology is giving us freedom and radically new opportunities in how to work.

America is undergoing the biggest restructuring of work since the dawn of the Industrial Revolution. Many of our brothers and sisters sit in a perfect storm because the new world of work requires a whole new mindset. Unfortunately, our political leaders are not telling us how to step into that future. Unless we take the initiative to find our way, the results are proving to be devastating. Right now, about half of America’s workers characterize themselves as underemployed. Trapped by an old mindset and an absence of critical life skills, they take second jobs, hold onto obsolete work, and some even tell their children to expect less and not more in their future. Without a new outlook, that will be the case.

But, we learn nothing of value by studying dysfunction. Instead, we gain critical insights by paying attention to the people who are excelling in the areas in which we want to succeed. This bit of common sense has led me to never ask my single friends in how to solve a problem in my marriage. Instead, I seek out people that are in long and successful marriages. They have taught me to listen intently, to practice generosity, to be forgiving, and to do whatever it takes to get through conflict.

We can find much of what it takes to succeed in this new world of work by watching award shows. Almost every winner has a carefully defined vision, mission, and purpose. All of them have tremendous support systems. We might assume they bought those support systems after becoming wealthy. But, they became wealthy by building great support systems. These two characteristics play vitally important roles in having fulfilling and productive work lives.

Let’s being with the most radically new element of an effective mindset.

Advancing technology is offering us freedom. But, for those of us plagued with workplace illiteracy, our response is a bit like getting paroled from a life sentence but wanting to stay in order to continue cleaning dishes in the prison kitchen.

For anyone who has chained him or herself to a taskwork based job, the concept of freedom could be terrifying. But, we learn the greatest insight by studying the behavior of the most successful people on earth.

Last night, Billie Eilish, an 18-year-old Angelean with Tourette’s Syndrome swept the Grammys with five awards. Billie and her brother Finneas produced much of that album in their bedrooms. Two years ago, Jacob Collier, produced his first album in his bedroom in London. Technology gave him the means to show the world his musical brilliance long before he had a record contract. Today, Collier is mentored by Quincy Jones and is hailed throughout the world as the “Einstein of music.” Billie and Jacob don’t view technology as a threat, they realized there were no excuses left for becoming visible and famous.

Technology has given them the means to do exactly what they want to accomplish in their lives. This is happening in every form of work with those of us who are willing to give up obsolete beliefs and learn the skills to become successful. I know this because I’ve watched over 45,000 people transform their relationship towards work. Today, much of the media looks at the dysfunction and trouble. We hear all of the time about laid-off factory workers and the loss of the American dream. But, we don’t examine how Germany and China are sailing right past us by making training and education cornerstones of a sustainable workforce.

The truth is that new mindsets are causing a percentage of the same people to buy 3-D printers and launch manufacturing companies inside their homes and garages. On YouTube, there is a channel called, “Caruso, the Celebrity Dachshund.” I am suspicious of anyone using their Dachshund to generate a half-million dollars because our two doxies treat us as staff members in their house.

Advancing technology is giving us the freedom to work where we want to work. Every day, millions of workers commute to work by simply walking down the halls of their homes to their office. I have two wonderful friendships with women who were savagely abused by their husbands. One came through our program and within weeks launched her career managing estates for the wealthiest people in our country. Another hid in the bedroom and built an international public relations firm.

Studying success requires a bit of humility. Last night began by my desire to have Lizzo win every category. She didn’t disappoint with three major wins. But, the fact is that everyone up for Artist of the Year would have one in another year.

Billie Eillish was 14 years old when she posted a song her brother wrote called, Ocean Eyes. Four years later, she stands in front of America with four Grammys and her brother at her side.

What are we learning from the young and amazing people around us?

We welcome your comments and insights.

Go to the end of this page to view my Number One performance at the Grammys! Bring tissue.