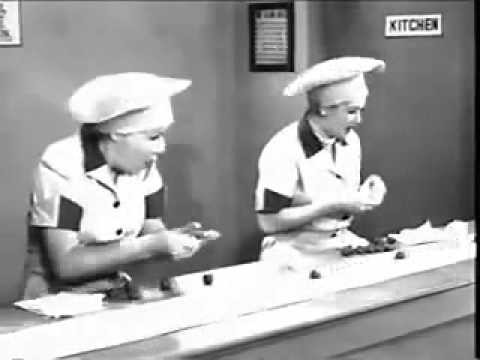 Were Tasks Ever That Much Fun?

Every day, I find myself in conversation with someone who is underemployed. For those who have taken on survival jobs, it can be very difficult to hear that we are actually coming into an era of work that offers us an unprecedented opportunity and not just to make good money. Increasing freedom from task work is opening the doors towards more fulfilling work. After serving the career development needs of others for almost 3 decades, I have reached the certainty that people don’t want meaningless jobs! They want to be happy, make money, and have an impact on others. In the spirit of being short, brief, and to-the-point, here are two tips for the day:

Are you working in a shrinking or growing industry?

If it’s shrinking, get out. That’s right. Leave.

The longer that you hang on hoping the human resources death angel doesn’t come around the corner, the more you will deplete your energy and spirit. Here’s an example:

We just came from the mall in Santa Monica. How depressing! At the Cheesecake Factory, about 20 members of the wait staff were taking care of fewer than 10 tables. It was the middle of the day. While sectors of hospitality are exploding, others shrink every single day.

Creative and adaptive workers have always been the first to leave when the workplace is no longer fulfilling. Creativity, adaptability, the ability to change or reinvent oneself? It is all learnable.

Creativity without adaptability isn’t enough. In the mid-90s, Disney Feature Animation started laying off large numbers of animators. Many had sat for years laboriously painting one cell at a time. Many responded to learning a new form of art on computers with sheer contempt. I remember two of them. One threw herself into learning the new technology so well that she could forget about it. Her artistry expanded. Her teams began winning Academy Awards. The other refers to himself as an animator unable to find work in decades.

What would happen to your world if you become a devoted, voracious, world-class, passionate, and capable ACTIVE LEARNER?

It has been said, “the truth will set us free. But first, it will piss us off.”

Active learners are finding freedom in finding the truth about everything that interests them.

Last week a number of syndicators published a new article. In it, I wrote the middle-class isn’t gone. The middle-class is in debt. In fact, the middle-class so does not want to be the middle class they keep trying to finance their way into upper-middle-class bliss. Middle-class income, adjusted for inflation, has increased by about 20% since 1960. Where did that money go? Debt. We are well over 10 times in debt than we were in 1960. Banking is in the business of selling financing. So, blaming them is a bit like blaming the baker for gaining weight.

Today, degrees and certifications are obsolete by the time we throw that graduation cap into the air. Higher education, well, any form of education used to be an endgame marking the completion of education. Today, the world is changing and accelerating so quickly that if we go online to learn what’s happening, we will find pathways into work that are far more interesting than the clocking-in-and-clocking-out routine that so many of us settled for.

Today, the need for constant active learning is critical for success and especially for one’s happiness.

Let’s play this out like a bit of a jazz riff. If you are devouring information about the future, emerging work, and growing industries, we will learn that it is a bad idea to work for a car company in America. Why? Because CEOs in our country feel this enormous burden to act as if they know what they are doing. So, while German automakers use more robotic technology than we can imagine, they don’t lay workers off. They constantly teach their talent to grow into new roles, problem solvers, creative and more interesting roles.

Today, active learning is leading enlightened outmoded assembly line workers into becoming manufacturers. How’s that? They learn that 3-D printing is no longer science fiction. In fact, we build human organs and fighter jets using 3-D technology. But, the printers have become so easy to use and progressively more affordable that an entire category of entrepreneurs are growing. We find them if we look. You doubt that? Read Boldby Peter Diamandis and you will find you are reading a case study of how 3-D printing grew from being an exotic technology to one that is changing the world as well as the livelihoods of everyday people.

Surfers know how to catch new waves and have fun with the ride. Active learners are finding where to take what they love, what they find to be meaningful and surf.

The others? One of my friends on Facebook made a post of a clerical worker at one of the big financial service companies “teaching” the CEOs what it is like to work on her salary, in a role and an industry that is shrinking. What an absolute waste of her brain power and creativity. This righteousness emerging about our poverty is killing the future of many otherwise talented and intelligent workers. Who taught us poverty?

Our educational system didn’t teach wealth. They taught us how to fit into jobs with little more aspiration than finding predictability and survival. They didn’t teach us how to change. They taught us how to show up and do monotonous stuff. Most teachers are so terrified of the life skills that make us successful they respond with contempt at the idea of teaching sales, how to build support systems, how to influence others, how to draw healthy attention to oneself. Recently, one told me proudly, “Oh, we teach life skills. We have a class now that shows students how to balance a checkbook.” For a second, politeness failed me and I asked, “What are you teaching in terms of putting money into that banking account?” He looked at me as if I asked that question in some awful form of Pig Latin.

Right now, about half of our country’s workers characterize themselves as underemployed. The ranks of the underemployed are growing every day. Associate attorneys from large firms are being shown the door as Legal Zoom offers all of that task work for a pittance. Mid-level search executives who avoided having to sell anything have been jettisoned at all of the big search firms because of LinkedIn. My question is if you are that smart, why didn’t you find a way to make yourself more valued and needed? When did you stop growing? When did you lose your curiosity? Did you ever have that?

For most of us, the greater questions are:

Did you get that degree to gain access to a secure and stable job?

Did you pursue an education because of your love of learning?

Cathy Sandeen, University of Alaska’s new Chancellor has studied the impact of change on education. She became a bit of a tipping point for me when she said today’s average college graduate will change careers, not jobs, “4-6 times.”

Cathy told me that 5 years ago.

The bridge between letting go of task work and finding our ideal next role centers on thinking, feeling, and following our gut. Often, the trance produced by long-term task work absolutely must be broken.

Many of us have laughed as Lucy and Ethal turned assembly line work into a gut laughing spectacle. But, the woman behind that role was far more impressive. Lucille Ball didn’t pay much attention to housewives. She studied the likes of Louis B. Mayer and other studio chiefs. She devoured information and used every bit that she learned to become a clever powerhouse. Lucille Ball ended up owning the content, dumped her drunk and philandering husband, and died an icon unlike anyone that came before or after her remarkable run.

Around the turn of this century, advancing technology offered us access to information that literally changed our world. Filtering technology is giving us the power to find the information that we want and need with very little effort. In the end, I believe how we use our technology distinguishes whether we become masters of our own livelihood or enter a lifetime of underemployment.

As technology takes on tasks, our very success depends on how we collaborate with technology to learn what’s next in our field, to find the breakthroughs that can help us initiate a breakthrough in our own careers. Or, we can check out on Candy Crush, find out the new stinking gossip about someone wildly successful, and forget about the whole thing.

Can the difference between success and mediocrity be that simple?

I believe yes it can.

Find the work that matters to you.

Learn how to do that with so much success that you are no longer willing to compromise between the poisonous balance of loving your work or making a living.