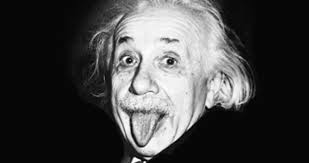 What Einstein Taught Me About My Ass

There was a common presentation Albert Einstein made to students of physics. He would step towards the chalkboard and draw a circle. He’d command, “Let’s talk about our awareness of the universe and the nature of knowledge itself. Inside this circle is everything that we know.” He’d write the word “known” inside the circle. Then, he’d write outside that circle, “unknown.”

In my work as well as my work with people, I’ve often pointed out how all of us fall prey to becoming specialists and experts. This was always baggage that got in the way of learning, in many cases, of even developing an appreciation for learning. Albert Einstein was a deeply spiritual man. My favorite quote of his is one that defines him so well, “I want to know the thoughts of God. The rest are details.”

Placing price tags and elitism around all that we know is getting really tired. It happens everywhere and at great cost. For example, most of Inspired Work’s competitors do the same thing we’ve always done. We fiercely protect our intellectual capital and then sell it to the highest bidder. But, how does that help our culture?

This kind of hoarding has led to huge cultural breakdowns. Today, underemployment is the scourge of modern life. We buy a 3.8% unemployment while white collar workers like attorneys are cast aside by Legal Zoom. Nope. They are not unemployed. But, after making 200-300K per year, they now work in sweatshops for $40-50/hour. While we lay-off assembly line workers the moment they are obsolete, assembly lines in Germany buy more robots than anyone and keep their workers because they educate them and make sure they grow with the world around them.

In a world where active learning is the single greatest need in today’s workforce, we have several generations of workers who were not taught to love and consume learning. They were taught how to pass tests and use the degree to get that great job, pay off their loans and buy large quantities of cheap stuff. Sound cynical? Yes, it is. But, the story is one bought by far too many who are now angry that the model is no longer sustainable.

Einstein is my guy. He was possibly one of the most humble men who stunned the earth. His curiosity was the most valuable form of humility. Because, whatever he learned he used for our betterment. He paved the way for others who continue to change the world and yet hold up possibilities that would have thrown the great scientist himself. At a recent coding convention in San Diego, Elon Musk told everyone that technology is growing so rapidly, there is a “one in a billion” chance we are not in a reality game being conducted by an advanced society. Wow. After all this drama, when I step into the beyond, I’d like to discover this thing called life was a 10-second learning experience that began in the buffet line.

Years ago, I realized just how fed up I was about this thing called KNOWLEDGE when I was doing radio to promote my first book, The Truth About Work. Believe me, you do not have to buy this book. I wrote it in 1998! But, there was a spiritual aspect to it. You see, I have gone well beyond the belief that all of us are born with a purpose. I know this is so because I’ve witnessed thousands of people awaken to what that is for them. It is always unique, special, pure, and wonderful. But, observing the phenomenon has only increased the mystery of what comes to or through me.

When my first book was published, I did radio from business to shock-jock programming, Television from local interest to national programs. There was one evangelical network in the south east that developed the idea that since my book had a spiritual theme I was in perfect agreement with their outlook. They kept asking for more interviews and we kept getting more participants until the day I was asked,

“Mr. Harder, what is your basic spiritual philosophy?”

To which I replied,

“My basic philosophy is that I don’t know my ass from a hole in the ground.”

Today, I will not even curate portions of their reaction. But, what I said is even more true today.

I have been given an education unlike any I ever dreamed. I live in a vortex of information every single day. Part of it comes from over 44,000 alumni members who come through our programs and spill their truth. They come from all walks of life. I’ve worked with organizations that push the boundaries of technology, science, education, and good taste.

Perhaps the single most important truth I have reached is that no matter how much I learn, my greatest insights have happened when I’m exhausted and looking for an answer, when I’m on my knees asking, “Where is the solution to this problem?”

I’ve never been asked back to that radio program. But, I get to work with thought leaders who grow at speeds I could only hope to attain and all of them are more open and receptive than me.

There are only two individuals in our lives where I would make an exception.

We have two dachshunds and thus far, it is clear that in their minds, there is no other center to the universe.

The more that I get to know them, the more I realize this might just be true.