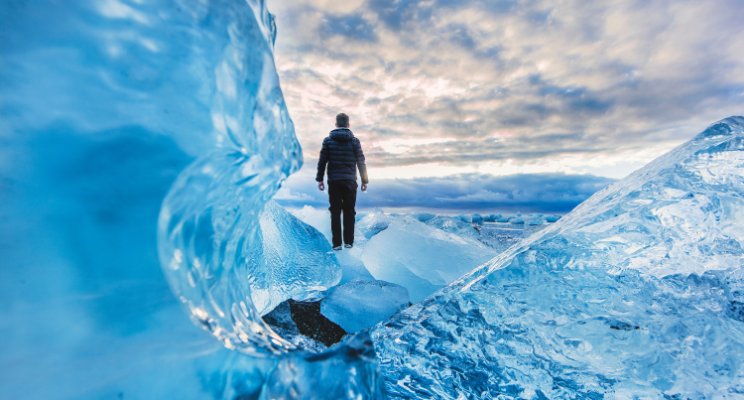 Why Didn’t You Become You?

For the last 27 years I have watched people change their professional lives every single day. How many? 43,000+ so far. At the very least, the experience has given me insights of all that is possible when we choose to elevate our relationship towards work. First, the very commitment requires letting go of the standards that were given, perhaps foisted on us by the industrial revolution, which in retrospect, are quite mediocre. For about 300 years, our culture has rewarded those of us who fit in to the industrial model with predictability and survival. Unfortunately, by clinging to these two standards, we turned happiness, meaning, a sense of purpose, fulfillment and even wealth into optional equipment.

In 1990, I sat on the beach pondering not only my own professional life but the scores of people I had met in the staffing industry, candidates, clients, and co-workers, who, like me, consistently settled for predictability and survival. I wrestled with various antidotes to the problem until two words literally came up in front of me: Irrevocable Happiness. Immediately, it became clear that every single person’s definition of what it would mean to be sentenced to happiness would be unique. It was also painfully clear that we lived in a world where letting go of survival and predictability were often replaced in our minds with starvation, a fearsome vision. But, as we began helping people define what they really wanted out of their lives, it also became clear that by developing a full set of life skills, anyone could define what they were born to do, meant to do, happy to do and succeed.

I launched Inpsired Work to change the world. 27 years later, how much have we succeeded? Many people are doing the work they were born to do and doing that work with financial success. But, huge portions of our culture are preoccupied with trying to survive as the world of work, as we knew it, is dismantled. Most people who come to our programs are highly motivated to change their lives. But so many are absolutely stuck in place and it is to a degree that sometimes keeps me up at night. Recently, a New York Times survey indicates 48% of America’s workers characterize themselves as “underemployed.” That means that about half of our country’s talent is out-of-sync with change. Many people believe they cannot change. Or, they are so afraid of changing themselves they won’t take meaningful action to move forward. Finally, many people want to change but they don’t know how.

Our political leaders, from both parties, are making matters worse. Focus groups indicate that large portions of our most disenfranchised citizens want to hear promises of a return to the past. So, they are fed false hope at the very time they need to be inspired to take action, to reeducate and reinvent themselves. All of this takes place at a time when simply putting on a new set of glasses brings good news. As task work falls away, technology gives us new freedom. Consequently, there has never been a time in our history where it is more important to step into the work we were designed to do. For anyone who views these words as “hocus pocus,” remember that I have been witnessing that very transaction for most of my adult life. In fact, consider that what I am proposing is natural, was always natural and that letting go of mind-numbing tasks is in our best interest. Consider there may be greater work ahead of us. Work that changes the world. Perhaps it is time to embrace the idea that we are capable of more change than we ever dreamed possible. Time and time again, that unique path is right in front of us. All that it takes is an openness to let go of the obsolete and a willingness to do the work.

In the early days of our work, I kept encountering reinventions so strikingly unique and detailed that I gave up presuming the outcomes of our participants. It became clear that asking them the right questions produced far greater results than telling them what to do. One of the nation’s largest banks became a client. After years of success and stability, a series of badly designed strategies backfired and the bank no longer exists. They sent thousands of workers to our programs, many encountering the shock of losing a “job for life” for the first time. A number of them identified so deeply with the organization they came in wearing blue suits plus stickpins emblazoned with the bank’s logo.

One participant was a young man who had become the CFO of their real estate division in his mid-thirties. He was civilized, kind and thoughtful. Growing up in a family of migrant farm workers, he was the first to go to college. In fact, his grades were so strong that he got a scholarship to Harvard. He had become wildly successful at the bank and his family idolized him for rising so far above their circumstances. Now, his initially conflicted truth came out. He told us that the happiest time in his life was in the fields. At one point, he became so emotional he could barely breath out his words, “All I ever wanted to do was to grow things.”

In circumstances such as that, questions often come out of my mouth before I even could think them through. That morning, I asked, “What would happen with you if all that you have described isn’t a detour but your actual and right path?”

“I guess it would have to lead somewhere.”

“Where would it lead?”

“If I went back to farming, my family would be so embarrased and disappointed.”

“Don’t let that obscure your future which is bigger than your past. All you ever wanted to do was to grow things. And, in the last ten years you have learned an enormous amount about business, real estate, financing, and managing people. What would happen if you applied that knowledge to this deep seated love of growing plants?”

In the next few months, he used his knowledge to finance the purchase of a farm in Ventura County. That farm now produces the finest lettuce and herbs used by high-end restaurants on the west coast. Family members work on that farm under conditions that are night and day from their past.

This is but on example of career DNA. That design carries the story, the gift, the talent, the unique vantage point, the life experiences and the problem we are here to solve.

We need to be leaders encouraging everyone to find their purpose, the solution they can see that perhaps no one else’s sees, to step forward and reveal their real identity, not the one clocking in and clocking out to just get by.

There is no greater talent pool on the face of the earth than the United States of America. For centuries, the world’s greatest talent has moved here to pursue the American dream. Unfortunately, task work, obsolete beliefs, misinformation, ineffective leaders, and mass hysteria about change has led to a trance, all at a time when the world needs the best we have to give. What does that mean? It means the world needs all of you, not part of you. It means that those of us who “get it” cannot afford to be selfish with our clarity but to help others understand that now is the time to step away from the mindless stuff and make a living that uses our creativity, intelligence, passion and our definition of what is meaningful. This is the time for us to be telling our children to not settle but to stand-up for what they believe and what is natural for them. It also means that it is time to learn how to sell ourselves, influence others, build effective support systems and actively learn our way forward.

The late and great philosopher and Holocaust survivor Elie Wiesel once spun this opportunity with different words. He said,

“When you die and go to heaven, our maker is not going to ask, ‘Why didn’t you discover the cure for such and such? Why didn’t you become a Messiah?’ The only question we will be asked in that precious moment is,